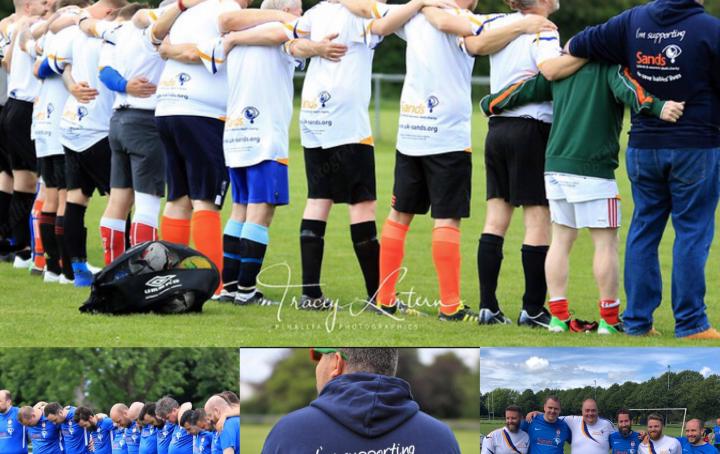 Firstly we’d like to thank them for inviting us to take part in their launch game. I think I speak for us all when I say we were truly honoured to be asked.

From the moment we arrived we were made to feel welcome and were invited into the Cardiff dressing room to see Sands United F.C Rob Allen hand out the jerseys to the Cardiff team and to join in the singing of ‘Stand By Me’ before the game.

Out on the pitch the Bristol players linked arms with Rob Allen and some of the lads from Sands United Stockport F.C who’d travelled down for the game, in a minutes silence to remember our angel babies.

The result wasn’t important. Why we pull on the jerseys with our angels names on and providing another outlet of support to bereaved father’s, cousins, brothers, uncles and grandads is.

The hospitality showed by Stephen, Rhys and the rest of the Cardiff team after the game was warm and gratefully received after the game.

We hope to welcome Sands United Cardiff to Bristol later this year for our launch game and create a new and somewhat friendlier ‘Severnside Derby’.

By the way - has anyone seen Rob Tuckers shot land yet? That ball was outta here...