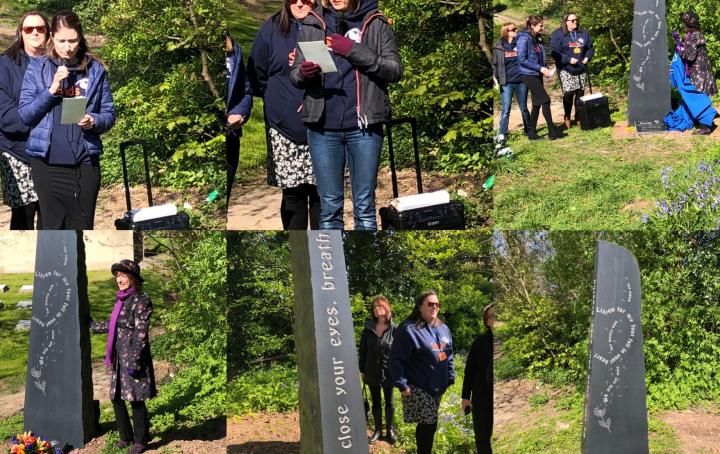 On Saturday 13th April the Bristol Sands Memorial stone was unveiled at a short ceremony at Arnos Vale Ceremony.

The stone was paid for thanks to the efforts of all the runners that ran and raised money for Bristol Sands at the 2018 Bristol 10k. This is the first project completed using the new financial model from Sands.

The ceremony was started by Charlotte who is the chairwoman of Bristol Sands. Charlotte spoke about the process and the meaning to the memorial stone before handing over to Bristol Sands committee members Danielle and Hilary who read two carefully selected poems for the ceremony. They were 'Mother Nature Still Sings Your Song (by Kelly Jamieson) and 'For Parents Who Have Lost Children' (by Cindy Adkins).

We were joined by Sands patron and co-founder Bel Mooney who spoke before unveiling the memorial under brilliant sunshine.

The memorial is now there for all to see and visit and reflect.

'Be still, close your eyes, breathe. Listen for my foot fall in your heart. We are not gone but merely walk within you.' (the wording engraved on the memorial).