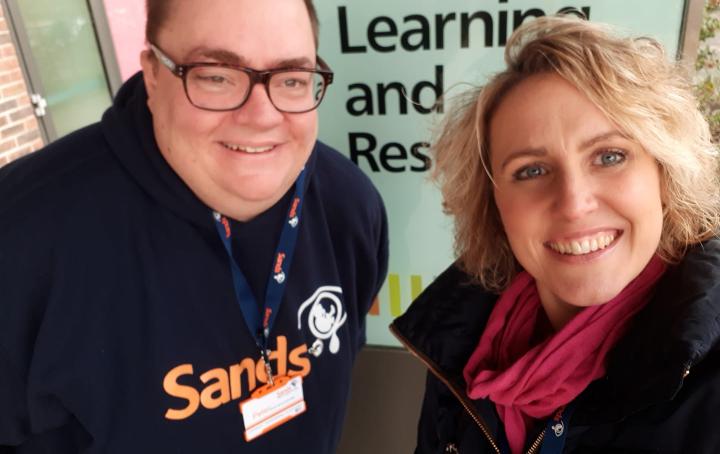 In addition to providing support to bereaved parents, volunteers from Bristol Sands take part in Bereavement training events. At these events medical professionals (doctors, midwives etc) take part in a half day training session to help them be better prepared to support parents who have suffered the loss of a baby, before, during or shortly after birth. Bristol Sands believes these training events to be vitally important as good bereavement care in the first few days and weeks after a loss can be crucial.

On 14th January two of Bristol Sands committee members and volunteers took part in a training event at Southmead Hospital. Kaeti Morrison was there to talk about the support that Bristol Sands as a group can offer to bereaved parents and the events which are available. Peter Byrom shared his story of loss of their first son at 27 weeks into the pregnancy and the subsequent impact felt by both himself and his wife.

Judging by the feedback that Kaeti and Peter received on the morning and the following days on twitter, the event was very successful and worthwhile.

Bristol Sands contributes to these very important training sessions from our core costs.  Anyone wishing to donate towards these costs can do so via our 'Just Giving' page which can be found at - www.justgiving.com/fundraising/sands-bristol. We are so grateful to all donations received.